Let's Get Ready To Rumble...Mountain Lions vs. Coyotes 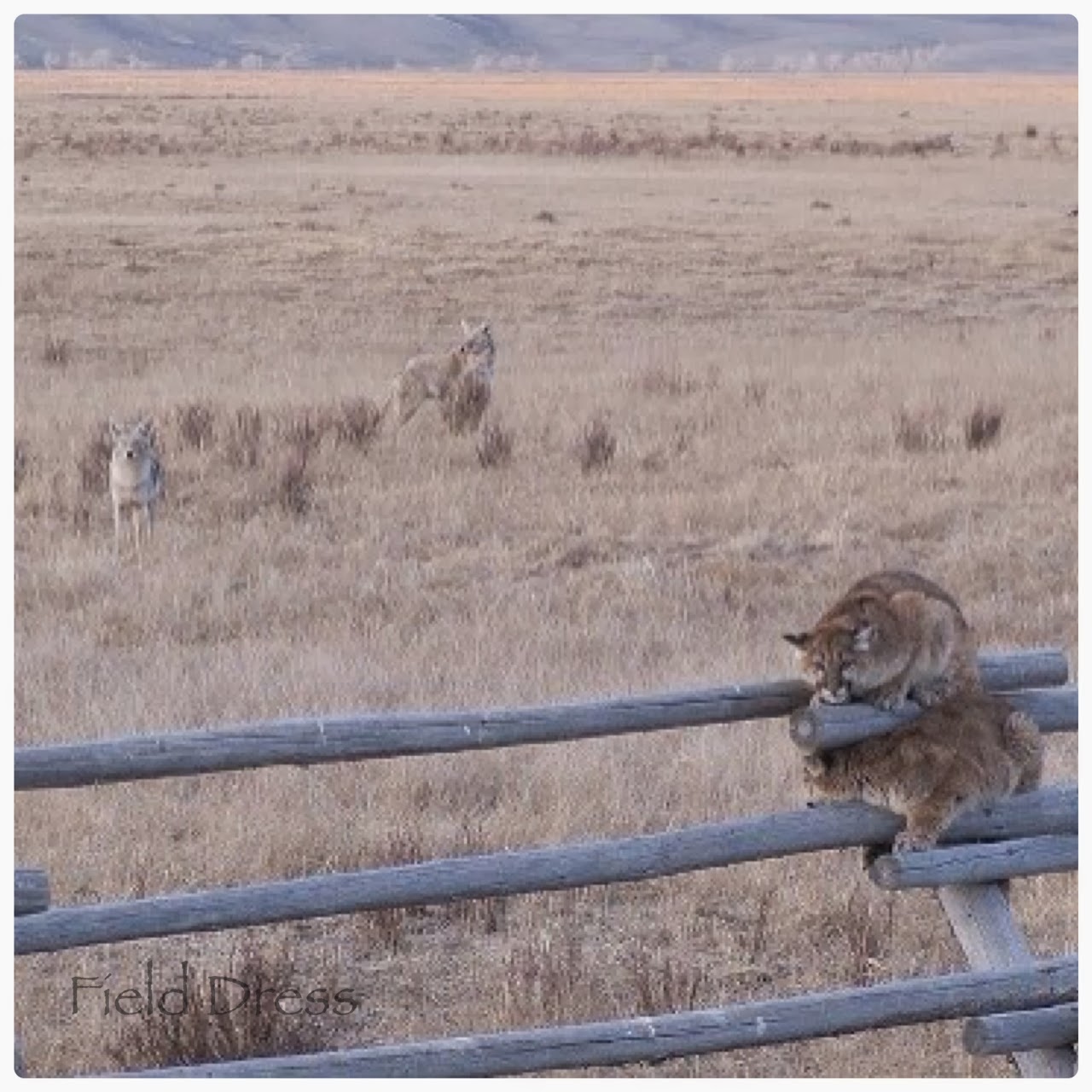 My money's on the cats...anyone have the coyotes?

See Thriving Bald Eagles in the Sooner State This Winter 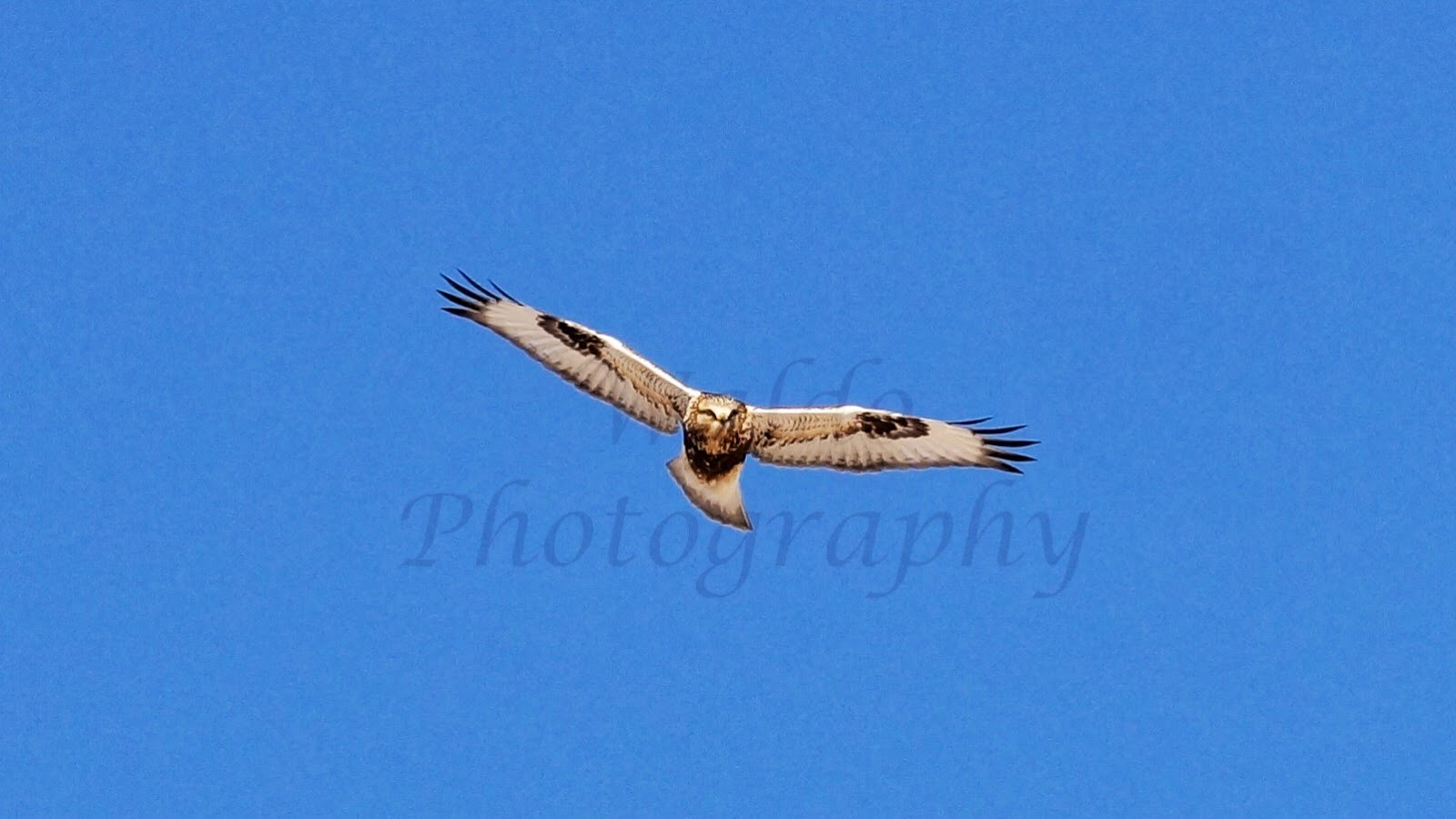 Bald eagle numbers in Oklahoma will remain at their peak through February, making right now the perfect time to catch a glimpse of one.
With over a million surface acres of water and 11,600 miles of shoreline, Oklahoma is one of the top 10 states in the nation for winter bald eagle viewing. Anywhere from 700 to 1,500 migrating eagles can be seen in the winter in Oklahoma, particularly around lakes, such as Kaw, Texoma, Tenkiller, Ft. Gibson, Grand, Canton and Great Salt Plains.
As lakes in the northern U.S. and Midwest freeze, eagles migrate south for the winter, searching for open water and food. In addition to migrant eagles that spend winters in Oklahoma, some bald eagles live in Oklahoma year-round. More than 120 bald eagles call Oklahoma home throughout the year, increasing from no known eagles in the state prior to 1990.
Public eagle watches are fun and easy ways to see our nation's symbol and to interact with wildlife professionals, such as an Oklahoma Department of Wildlife Conservation biologist.
"These events are a great opportunity for families to catch glimpses of bald eagle before they begin their northward movement back to their breeding areas," said Melynda Hickman, wildlife diversity biologist for the Department. "Additionally, the increase in eagle pairs that live in Oklahoma year-round is a sign that eagle recovery efforts were successful."
These eagle watches are hosted by the Wildlife Department, state parks, lake management offices, national wildlife refuges and local Audobon Society chapters. Activities vary, but most eagle watch events are free. The Wildlife Department annually compiles a list of events to help Oklahomans discover where to view this majestic bird.
A full listing of public eagle watches with dates, details and contact information is available on the Wildlife Department's website at wildlifedepartment.com. This website also offers more information about bald eagles, including natural history, viewing tips and how Oklahomans can benefit bald eagles.
** Special Note: I am aware the photo isn't an eagle, however it's all I had on file...and it's a great photo!
No comments: 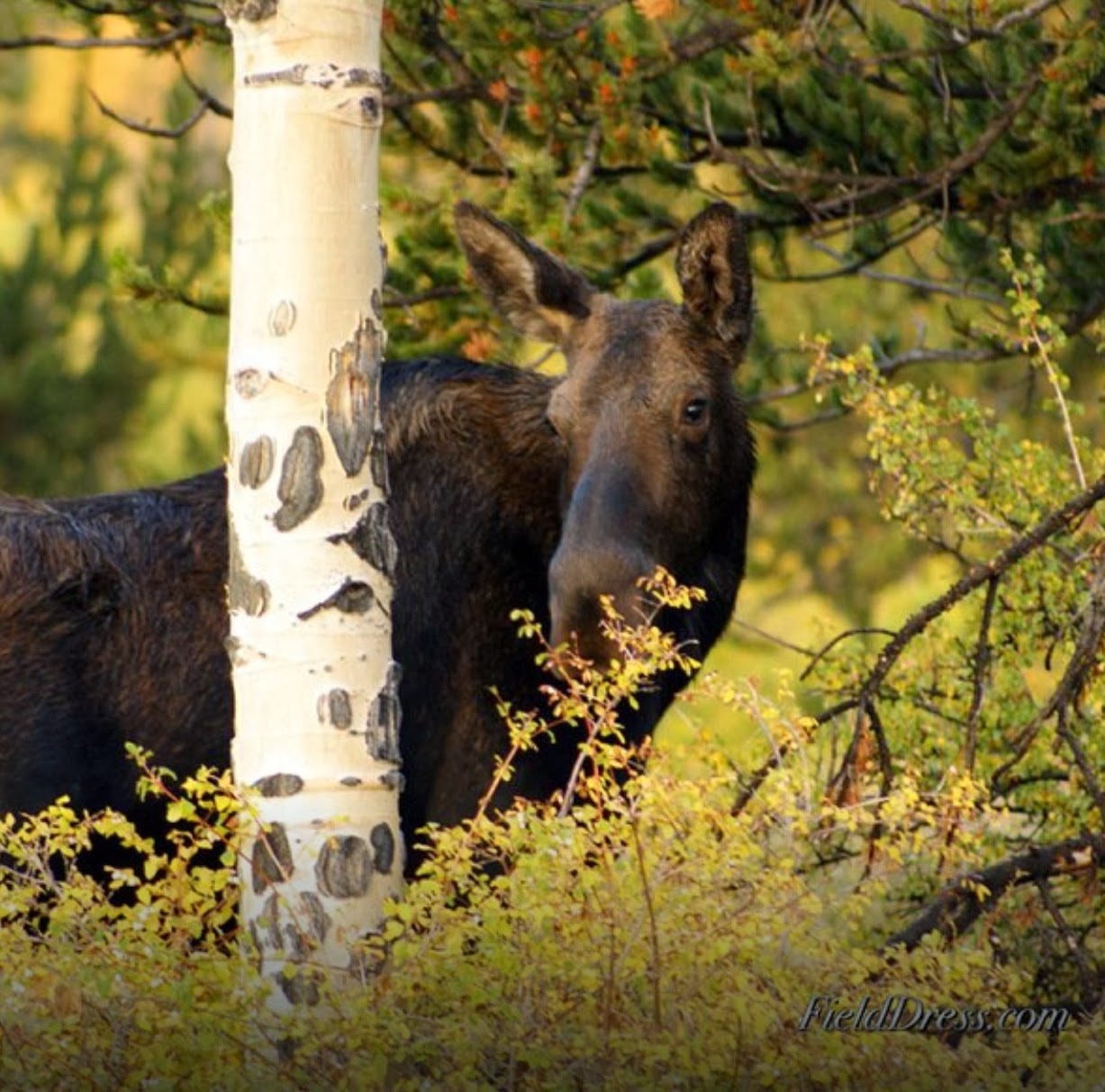 This morning, the Maine Department of Inland Fisheries and Wildlife embarked on an intensive 5-year moose research project that will give department biologists an even greater understanding of the health of the Maine moose population, including such keys as adult and calf survival rates and reproductive rates.

A trained crew that specializes in capturing and collaring large animals is utilizing a helicopter, cartridge-launched nets and immobilization darts to capture and collar female moose and calves in an area located in and around Jackman and Greenville (centered in Wildlife Management District 8).

The plan calls for the crew to capture and collar 30 adult female moose and 30 calves. This area of western Maine was chosen since it is within the core moose range of the state, and earlier research shows that this area already has a lower cow to calf ratio than other parts of the state. The geography and winter conditions of the area are also representative of much of Maine’s moose habitat.

“Capturing more information on female moose and their young is the key to improving our moose management,” said Kantar.

Aero Tech, Inc. specializes in this type of capture and collaring, and recently completed a similar job in New Hampshire. The crew, based out of New Mexico, consists of a team of four, with each having a specialized role in the process.

Kantar, with the assistance of the Maine Forest Service Air Operations Branch, has been scouting and marking GPS coordinates within WMD 8 already. This information will assist Aero Tech in finding moose in this area.
“The Maine Forest Service and their pilots have been extremely helpful in providing flights to locate moose, as well as assisting us with our moose population surveys over the last 4 winters,” said Kantar.

Once collared, the GPS-enabled collars will transmit twice a day, providing biologists the ability to track moose movements. The GPS collars are expected to transmit movement signals for four years. If there is no movement for a certain period of time, the collar transmits a mortality signal, and biologists will then travel by foot to investigate the cause of death.

“Once we receive a mortality signal, we will locate the dead moose within 24 hours,” said Kantar. Where possible, the entire body will be removed to conduct a necropsy in the lab in cooperation with the University of Maine-Animal Health Lab, but if this is not possible, a field necropsy will be conducted.

In May, as females prepare to give birth, movements will also be closely monitored. Once females give birth to calves, biologists will keep a close eye on the young calves.

“After birth, we will use walk-in surveys to monitor calving, as this will give us more information on behavior and mortality,” said Kantar.

This will be the first year of the monitoring study. Additional moose and calves will be captured and collared next year.

This survey is in addition to the research that is already being conducted on Maine’s moose. IFW utilizes aerial flights to assess population and the composition of the moose herd. During the moose hunting season, biologists also examine teeth, the number of ticks a moose carries, and in some cases, examine ovaries to determine reproductive rates.

Press Release from Maine's Department of Inland Fisheries
No comments:

Long a hallmark of efficiency, Pheasants Forever, including its quail conservation division, Quail Forever, spends 91.6 cents of every dollar (up from 91.23 in 2012) it raises directly on mission work, with the remainder utilized for fundraising and administrative functions. In fact, Pheasants Forever continues to be recognized as a 4-star charity by Charity Navigator, the largest charity evaluator in the country.
However, Pheasants Forever recognizes that while the organization may be healthy, upland habitat across the country is disappearing at pace never before experienced. “Announcing these Annual Report numbers is bittersweet,” explains Howard Vincent, Pheasants Forever’s President and CEO. “I am extremely proud of our organization’s team, volunteers, and these milestones. We announce these Annual Report statistics as a way of demonstrating our organization’s credibility. What we need is more: members, landowner partners, corporate partners, donors, we need more people to join us as we compete with the pace of habitat loss.”
Nationwide: Habitat Loss and Land Management Policies and Programs Approximately 1.6 million acres were removed from the federal Conservation Reserve Program (CRP) in 2013. With limited protections, native prairie loss has also accelerated. In South Dakota, for instance, native prairie conversion outpaces even the loss of CRP habitat. Marginal cropland and even environmentally-sensitive areas continue to remain susceptible to habitat loss because of federal crop insurance and disaster relief programs that mitigate the risk of farming these areas.
Pheasants Forever’s push for a strong conservation title in a new federal Farm Bill has carried into 2014. Pheasants Forever is working for a 5-year Farm Bill with strong conservation provisions, one that includes national Sodsaver (native prairie) provisions and crop insurance linked to conservation compliance.
Wildlife Habitat Projects Pheasants Forever and Quail Forever chapter projects accounted for 465,488 acres of wildlife habitat improvement in 2013. Pheasants Forever Farm Bill Wildlife Biologists - who work with landowners to enroll in conservation programs – made 22,600 landowner contacts in 2013, resulting in 997,750 acres of wildlife habitat improvement.
Land Purchases / Permanent Wildlife Habitat Protection Because of 55 land purchases in 2013, 4,291 acres of wildlife habitat have been permanently conserved by Pheasants Forever. Twenty-eight percent of Pheasants Forever’s 2013 program expenses were directed at purchasing land, and all these properties have or will be turned over to state or federal natural resource agencies and opened to public hunting and outdoor recreation.
Youth, Education Camp; Public Awareness Pheasants Forever and Quail Forever chapters held 904 youth events in 2013, including 697 youth shooting sports events. In the last year, 48,767 youngsters participated in chapter sponsored mentored youth hunts, target shoots or other youth/conservation events – also an organizational record.
Pheasants Forever’s full Annual Report will be published in the Spring 2014 issue of the Pheasants Forever Journal of Upland Conservation.
Pheasants Forever, including its quail conservation division, Quail Forever, is the nation's largest nonprofit organization dedicated to upland habitat conservation. Pheasants Forever and Quail Forever have more than 140,000 members and 745 local chapters across the United States and Canada. Chapters are empowered to determine how 100 percent of their locally raised conservation funds are spent, the only national conservation organization that operates through this truly grassroots structure.
Rehan Nana (651) 209-4973 RNana@pheasantsforever.org 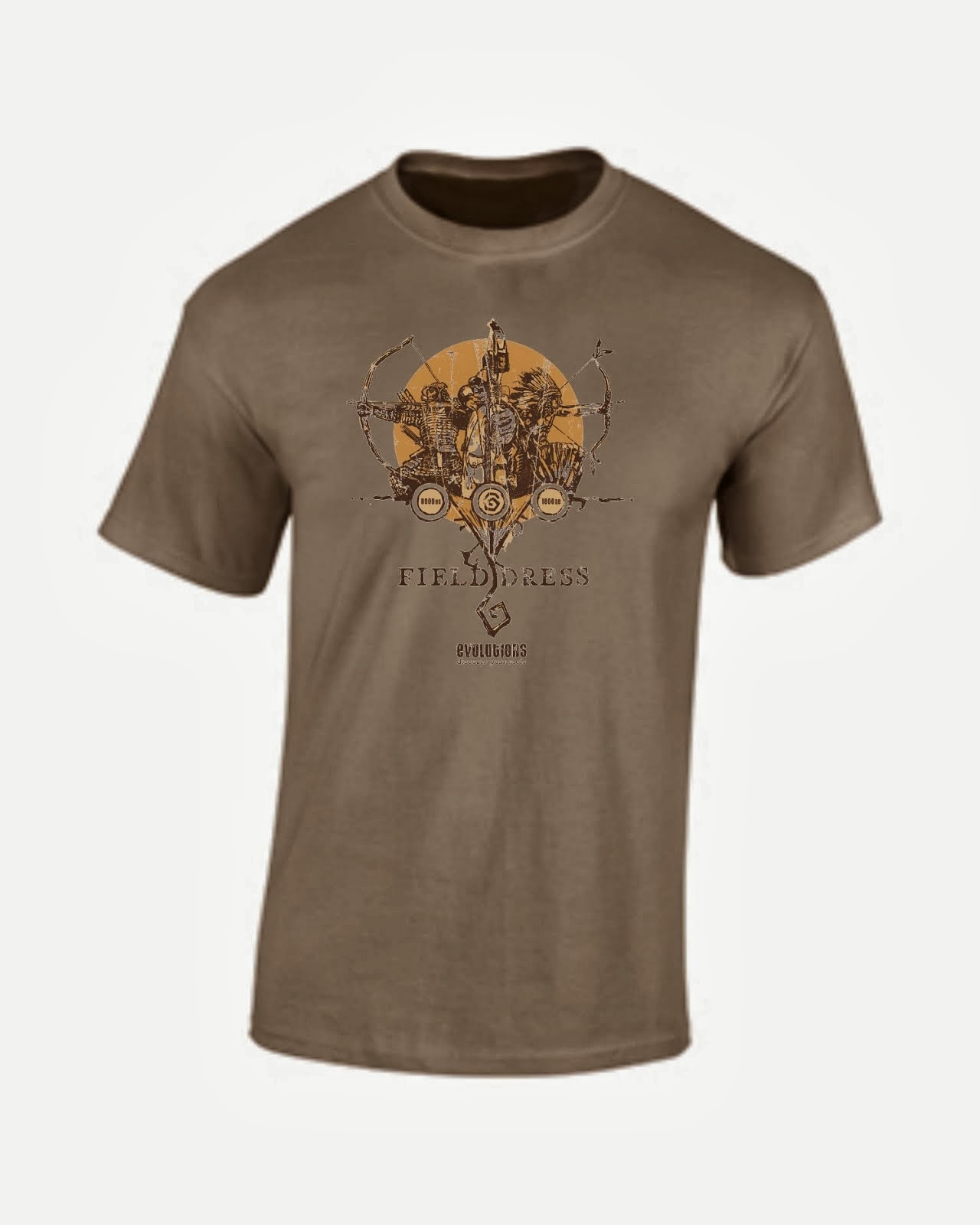 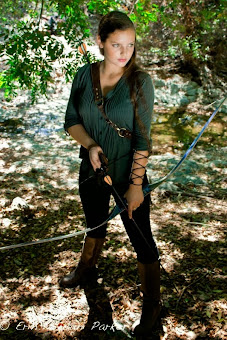 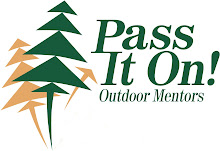